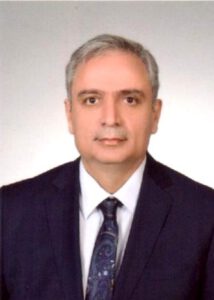 Prof. Dr. M. Bülent Torun works in the field of Plant Nutrition, especially on the behavior and functions of microelements in soil and plants. In this context, he took part as an executive or researcher in International and National projects (TÜBİTAK, DPT, TAGEM and Individual Research Projects). He has published many research articles on his study topics. He has been a member of ZİDEK ZAK since 30 December 2020.