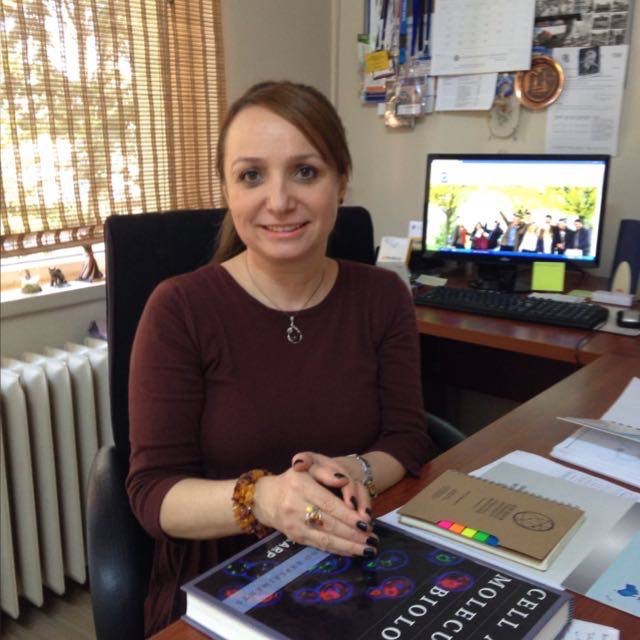 She graduated from Trakya University, Faculty of Agriculture in 1992. She earned her master’s degree at the Ege University in 1996. She received her doctorate degree from the University of Uludag, in 2002. She further pursued her postdoctoral training at Volcani Center Bet Dagan in Israel as a MASHAV scholar between 2003-2005. She worked as a Research Assistant at the Faculty of Agriculture, University of Uludag between 1996-2000. She started working at the Canakkale Onsekiz Mart University in 2000 and became an Assistant Professor in 2003 and worked there until 2008. She obtained the title of Professor in 2013 at Eskişehir Osmangazi University, where she started to work as an Associate Professor in 2008. She continues to work as a faculty member and Head of Department in the Department of Agricultural Biotechnology in the same university. She conducted research and academic studies on plant biotechnology and  molecular plant physiology in the Volcani Center (Israel, 1998) and  Nova Scotia Agricultural College (Canada, 2011) for different periods. Ece Turhan served as the Vice Dean of the Faculty of Agriculture and chaired many academic-administrative commissions in 2010-2013. Turhan served in various administrative boards in the University. She is serving as the Senator of the University from 2022.  She has been involved in many research projects as principal investigator or researcher in her expert area. Turhan has supervised graduate thesis, edited books and published many papers and book chapters.