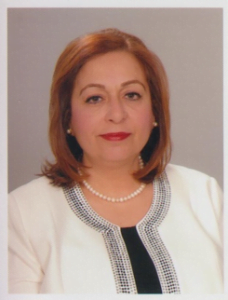 Prof. Dr. Ayzin KÜDEN is a faculty member at Çukurova University, Faculty of Agriculture, Department of Horticulture, and served as Vice Dean between 1997-1999 and Dean between 2005-2012 at the same faculty. She took part in the establishment of the ZİDEK Association with the assignment of the Deans Council of Agriculture, Forestry and Aquaculture in 2008. Since June 2015, she has been serving as the Vice Chair of the ZİDEK Executive Board.

Areas of interest in her scientific studies; Physiological studies in fruit growing, drupe breeding, almond and fig selection and cultivation. In addition, the use of molecular markers in breeding, the physiology of dormancy in temperate climate fruits and the cessation of dormancy studies are among the research topics. She has made short and long-term visits and educational studies in many countries on these subjects. She has been the chair of the “ Temperate Zone Fruits Growing in Tropical and Subtropical Regions” (TFTS) Working Group of “International Horticultural Society” (ISHS) since 1996. In addition, she took the duty of Country Member of ISHS in 2018.

Prof. Dr. Ayzin B. KÜDEN has 185 research articles. Her six doctoral students work in academic staff at different universities. Her twelve graduate students are also working in very good positions in various organizations. She is still working as a Consultant for six PhD and seven Master’s theses. She is married and a mother of two.