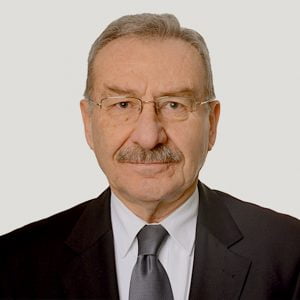 After completing his undergraduate education at Ankara University Faculty of Agriculture in 1966, he became a Doctor of Agriculture in 1972, Associate Professor in 1977 and Professor at Uludağ University in 1983. In 1996, he was awarded an “Honorary Doctorate” by the Belarusian Academy of Sciences. He was a visiting professor at West Virginia University in the USA, Bonn, Siegen and Hohenheim Universities and Geilweilerhof Research Institute in Germany for the purpose of long-term scientific projects and research on various dates. He was the Deputy Chairman of the Prime Ministry GAP Regional Development Administration Organization between 1989-1991, Vice President at Uludağ University between 1992-2000, Member of the Executive Board at TÜBİTAK TOGTAG between 2001-2004, a member of the Fundamentals Associate Professorship Commission at the Inter-University Board between 2005-2009. He served as a member of the Turkish Council of Higher Education (YÖK) between 2004-2012 and as a member of the YÖK-Executive Committee between 2008-2012. He carried out the establishment efforts of the Turkish-German University as the coordinator of the Turkish side within the framework of the international agreement between Turkey and Germany. Between 2012-2019, he also served as the Vice President, Inter-University Board Member, Dean of the Faculty of Engineering and Natural Sciences, Director of the Business Ethics Application and Research Center and also Higher Education Studies Application and Research Center at Istanbul Bilgi University. Apart from his studies in Türkiye on “Academic Quality Evaluation and Accreditation at Universities” and “Resource Allocation and Financing at Universities”, he carried out projects in Germany, England and the United States. Between 1994-1998, he was the coordinator and executive for Türkiye for 4 years of the “Summer Academy” studies  for graduate students, which is a joint project between Turkiye and Germany.  He has more than 300 scientific publications both national and international, and has been a member of the editorial boards of various journals.