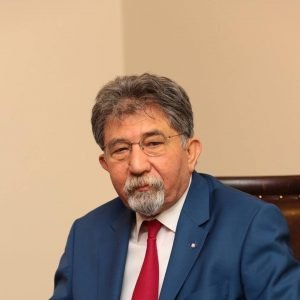 Özden GÜNGÖR was born on March 2, 1951 in Adana/Türkiye. He graduated from Ege University Faculty of Agriculture in 1977 and worked at Adana Agricultural Control until 1985. He resigned from his position and worked at the research, development and registration departments (Insecticide, Fungicide, Herbicide and PGR) of Union Carbide Turkey Inc. between 1985 – 1987, at  Rhone-Poulenc between 1987-1999, at Aventis between 2000-2002 corporations.

He worked as the Technical Director of Central Anatolia and Black Sea Regions of Bayer Cropscience (Germany) corporation between 2002-2013 and retired.

Agr. Eng. MSc. Özden GÜNGÖR has been a member of ZİDEK Advisory Board since June 2019.